Ok… so I know I don’t post a TON of personal/fun things, but I’m way too excited about this to keep it to myself!! Here is a photograph of my NEW Closet Office!!! The best part was that it only cost me $75 to do the entire thing! 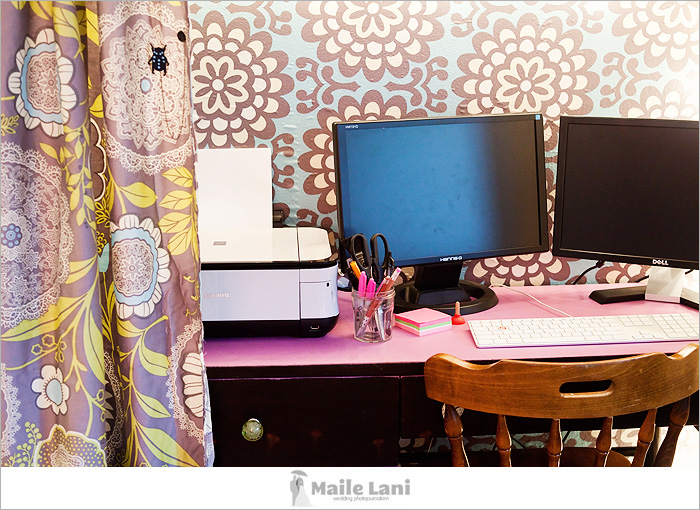 Our apartment is pretty small. Rather, it’s REALLY small. Two rooms, kitchen and a bathroom. The only reason I decided to rent it was because it had gated parking… and is three blocks from all of my favourite places to eat :) The apartment is a rental so I can’t really paint the walls or do anything fun. BOO. Also, trying to combine a living room and an office in a space that could almost classify as a closet is a little overwhelming. Not to mention messy looking! No one wants to look at my desk on a bad day :S

Well, one day I was browsing around on Pinterest and saw a photograph of someone that turned their closet into a mini office. I think my heart stopped. My apartment may be itty bitty, but I do have two pretty nice closets!!!! I spent the next few days looking for shelving that was the right size, but since my closets are a little oddly shaped I couldn’t find anything. I was getting really flustered until my genius boyfriend reminded me of the little desk that I had refinished a year or so ago. I think I would have tackled him and smothered him in hugs and kisses if we wern’t on the phone. So I started looking at more ideas, and then (also because of Pinterest) discovered that I can make temporary wallpaper with FABRIC AND STARCH! I about died at this point. Excitement overload.

I spent a grand total of $75 to do this. I had a bunch of the stuff already, but considering the fact that you can get shelving for pretty cheap I doubt you would have to spend more than $100 if you didn’t have a desk! Here is a list of what I used!

1. I couldn’t find fabric I liked at the craft store, but I did find an AMAIZING Amy Buttler Duvet cover on sale at Bed Bath and Beyond. This is the one that I used. It was marked down to $59.99 and was double sided. The twin sized duvet cover was more than enough fabric for both the wall and the curtain. Plus I also wouldn’t have to worry about matching up the pattern on fabric that wasn’t wide enough.


2. Two cans of spray starch for $0.97 each. When I first attached it to the wall it was pretty easy, but when it dried there were TONS of air bubbles. This had to do with the fact that the fabric shifted/shrunk as it dried and the fact that I couldn’t sand the walls (rental). I went over it again the next day with another can and smoothed it with my hands. There are still air bubbles  in it, but they’re not that noticeable. I tried spraying the wall first and then putting the fabric on, but that was kind of useless so I just pinned it up and made sure I drenched the cotton.

4. Shower curtain rod for $9.97. I *may* use something else in the future if it falls down again (it smacked me on the head after the first time I put it up!), but for now it’s fine.

5. I already had the lights, but I did use two strands that were $14.99 at world market. I used the cute green Target push pins to secure them in place.

And that’s it!!!!!! It took me two days to finish and I may still add another shelf, but for now it’s perfect :D I’ve included an icky phone picture at the bottom so you can see the before! Happy THURSDAY!!!! 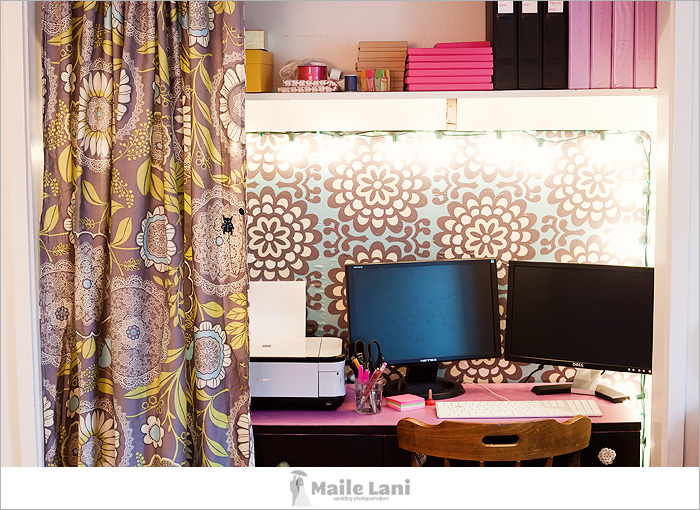 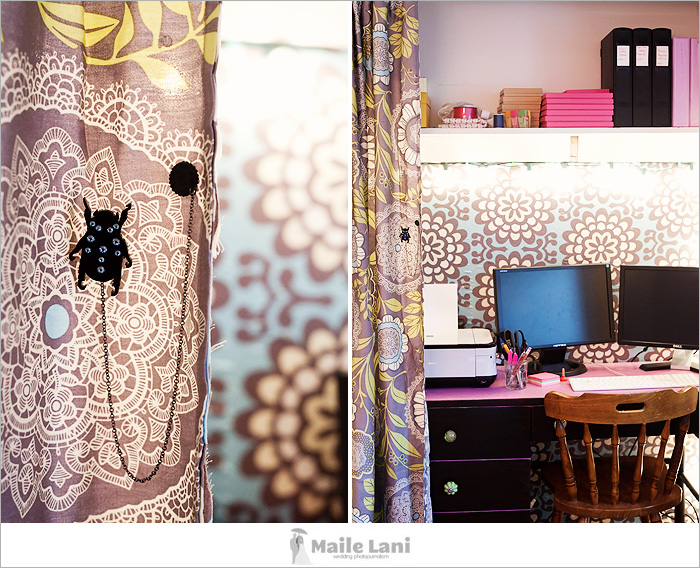 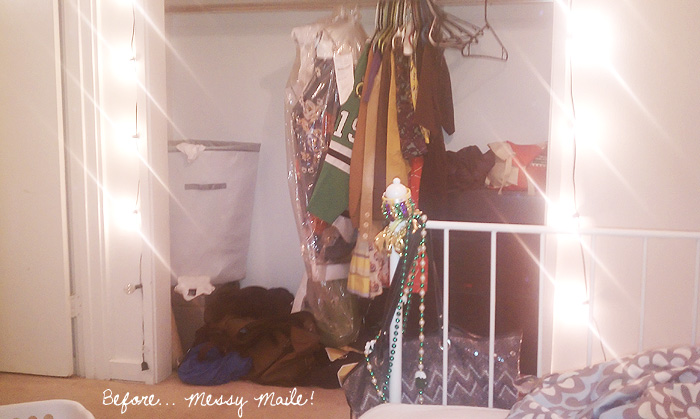